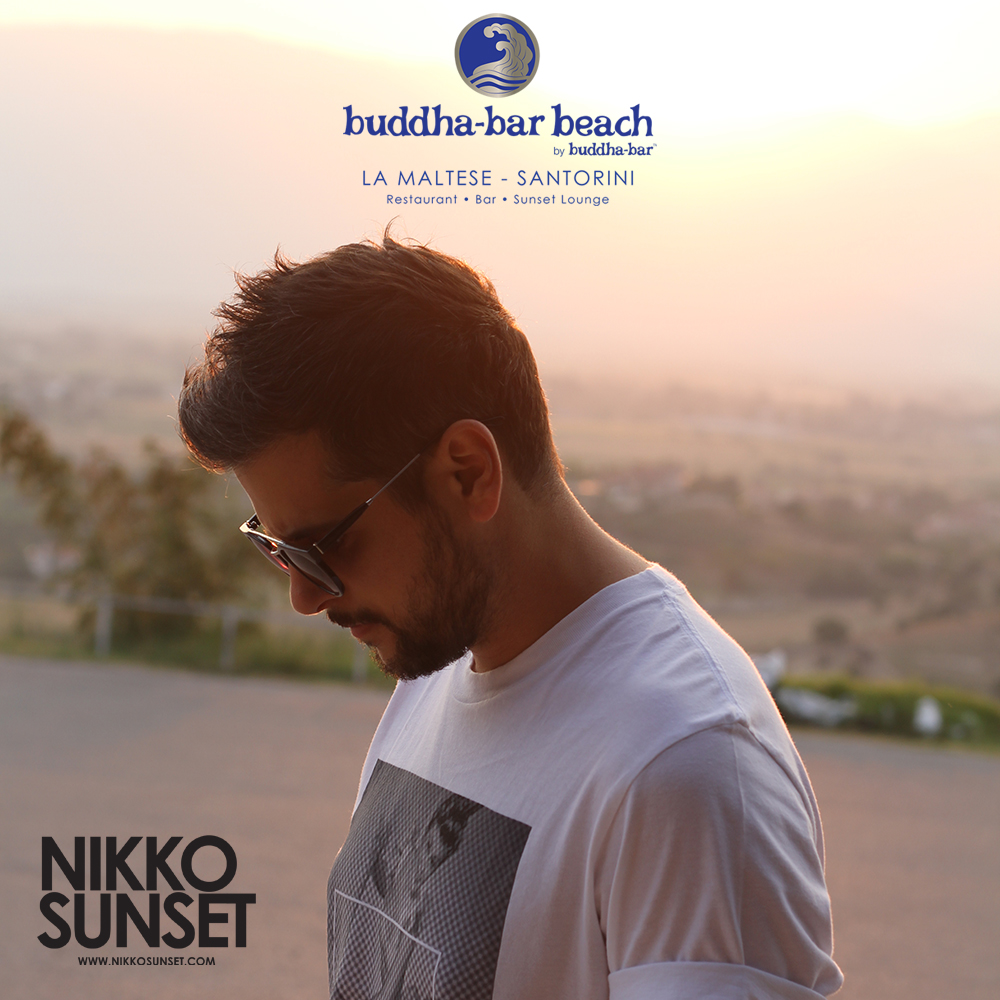 Nikko Sunset music inspires the inquiring minds of crowds across the World. Saxophone, matured piano, stab into vocals, intelligent beats & ethnic sounds. Let him Take us on a musical Journey with eclectic Sounds.

With the help of fellow DJs, Nikko Sunset helped to push house and elect music forwards on web and radio during the late nineties. Headlining some of the most well known DJ/Producers of the times, Nikos has had the privilege of work alongside a number of well known artists.

In 2011, creates his own label "Noevo Records" which circulating the track "Away from you" which quickly becomes a success and included into collections like "Sweet & Sweat 4", "In my bedroom "," Mykonos 12 " and others. Also his song ‘’Andalusia’’ was released by the worldwide famous compilation Buddha Bar Ultimate Experience.